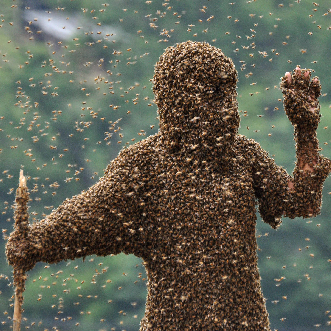 Jargon has a new name: buzzwords. Do you cringe when you hear “synergy”? Do you roll your eyes at “impactful”? And are you just as guilty as we are of using those kinds of words?

There’s technical jargon, like “user experience”, in-crowd acronyms like “UX” and buzzwords like “information architecture” floating around. (They all mean the same thing: using design to control what it feels like to use something.) It also seems like every descriptor is a split infinitive these days, like, “we aim to creatively address the needs of our clients.” It’s off-putting.

So what can we use instead? We’ve gathered 5 of our least-favorite words (even though we still use them ourselves) and come up with suggested alternatives.

The word, “Impact” used to have…punch. Now it’s so overused that eyes and ears gloss over it automatically, usually followed by an implied blah blah blah. “We want to maximize the impact of your donation,” could instead be, “The results of your donation will be that little Susie and Billy get new shoes.” Don’t just say that you’re going to have an impact: say what the results of that impact will be. You should also avoid using impact as a verb unless you really mean to say you’re “forcibly packing in” something.

Why dwell in the past? Track Record simply notes a pattern of behavior in your history. A “proven” track record is redundant – it’s a record, which is used to prove things. No one is contending that you haven’t performed well in the past, so you don’t need to justify it. Commitment says, “We will achieve at high standards continuing into the future,” rather than “Well, we’ve done it before.”

If you’re going to use a catchy-sounding phrase, you may as well make it a good one. “Goal Oriented” sounds like you’re a sports team running in a general direction towards a goal, dodging obstacles before you can score. Ditch the sports metaphor. You have a mission and you’re focused on it: a clear trajectory with a strategy in place to fulfill that purpose.

“Creative” has joined “Interesting” and “Nice” as completely non-descriptive adjectives. They’ve become the words we use when we just can’t think of something better to say. Unless you’re a Creative Director or Creative Artist, the word should be avoided. Now, Tailored – that’s got some excitement in it. Hand-crafted, personalized, one-of-a-kind, thoughtful, expensive but worth the cost. You no longer offer creative solutions to problems: your organization develops tailored solutions.

Leverage is a noun, not a verb. It’s been verb-ified to death and is currently one of the top words to avoid for individual job applications and business proposals. Why should non-profits continue to use it when the business world has abandoned it? Non-profits have long emulated the for-profit world’s style in order to make it seem more legitimate, talking about stakeholders and investments. We imply that “Society” or “The Future” is in play rather than money, and it’s unfortunate that sounding business-like has become a substitute for social good. So let’s take a new tack: we apply the hard-won understanding of what it’s really like to change the world for the better. We apply our focused strategies to the real-world needs of those we serve. We apply our funds to the infrastructure that allows us to deliver life-changing goods/assistance/resources where donors want them.

There is such a thing as too much buzz. Here are some of the top Non-profit Buzzword Offenders to avoid:

Jargon is part of every job sector, and acronyms are an efficient way to communicate set concepts in “the business”. But when you’re communicating outside the sector – i.e. to donors, who are not fundraisers or service providers themselves – acronyms can come across as lazy or too exclusive. If you have to use an acronym to express something, maybe you should reconsider whether that tidbit is really relevant. Other than the name of your organization, avoid acronyms.

Sticking an “e” in front of something doesn’t make it sound modern or tech-savvy. It makes it sound like you’ve just figured out that things can be done electronically. Other than email (which is now just one word) you can generally assume that marketing, commerce and outreach will involve the Internet in some way.

Give us a buzz

Have your own list of eye-rolling, cringe-inducing buzzy jargon? Do you have the antidote words? We want to hear them! Send us your best buzzwords and their substitutes.

Get the latest updates delivered!