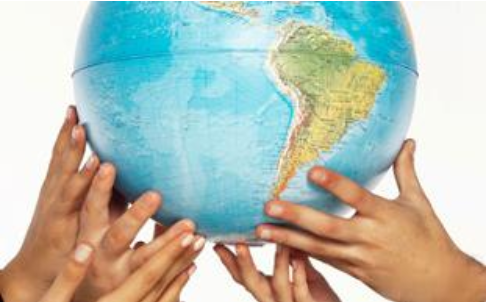 What to do when your campaign stalls: tips for Staff, Board members and Donors 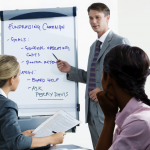 There are as many types of campaigns as there are causes, but no matter what kind of fundraising effort, there’s always a stretch in the process when things seem to crawl to a standstill. After the thrill of those first large gifts, there’s the hard slog – going down the list, prospect after prospect. Then, there’s the last 10%, a little like trying to lose those last five pounds on a diet. Finding a way to get over those humps can make all the difference. So what do you do when a campaign stalls? It is easy to point fingers at the staff member who didn’t get it done; at the board member who didn’t make his calls.

Take a deep breath and get over the urge to lay blame. Instead, take a good look at your campaign assumptions and goals, your process and the people involved.

Every development campaign involves a representative from the organization/cause and someone on the outside who is being asked to contribute something of value. Most often that’s money, but it can also be time or services, membership, even an introduction or signing up for a mailing list. Whatever the contribution, the donor’s willingness to participate has a value to it, otherwise you wouldn’t be asking for it. So what do you do when a campaign stalls? Three very important steps:

Let’s look at what this process is like for the three key players in any campaign: Staff, Board and Donors.

An organization’s campaign staff will usually find themselves spread thin over a number of campaigns: there’s always the annual drive, there are specific projects that need funding, there’s the general operating costs that need to be met and any number of events that need time and effort. One campaign often gets put on the back burner to make room for another one. Pretty soon, though, the back burner looks a little crowded. This is, more often than not, the reason fundraisers find their campaign has stalled.

If this is the case, to reassess your goals is the most important step here. Are they really feasible? Is your project priced correctly? Can it be done in stages to give you more flexibility? Find out if your goals can be met on a different timetable or with a different price-point. Go back and take a look at the project/program needs. You’ll likely find a way to reduce target numbers or remind yourself why going ahead with the project is so important.

Let’s say your goals are reasonable but you’re still not moving forward. Look carefully at who you’re asking. Are you only approaching new donors? Perhaps it’s time to ask previous donors for a new contribution. Identify past donors who have contributed to projects or programs similar to what you’re doing now, as they’ll likely be more interested in the current one. Are you asking the right people for the right contributions? Maybe asking past donors to write a letter to their colleagues to encourage their support, or to make an appearance at an event, would be a significant non-financial contribution they’d be willing to make.

Are you finding that previous donors are unwilling to contribute again? This is probably because you didn’t thank them enough the first time they gave. Sending personal thank-yous to significant donors is always a best practice. Sending a thank you with at least the donor’s name on it is also a good idea, no matter how large or small the contribution, especially if you want to retain their support. If you want a group of donors you can go to more than once, saying thank-you and making them feel valued is paramount.

A major part of your role in an organization is development, which these days means fundraising and “friendraising”. You bring your expertise, passion and network to the organization, and they rely on you to make the connections and bring in the support. But there are times in a campaign you feel like there’s no one you haven’t asked, that you’ve maxed out your network and approached all potential donors.

Take a moment to reassess your goals. Were you just asking for money? Did you pitch your needs or did you pitch the cause? See if you communicated all the right elements in asking for contributions. Your passion and commitment to the organization are what inspired you to be on the Board, so use that personal drive to inform and ignite your campaigning. Maybe you’ve tapped out your network of people who wear their checkbooks on their sleeves, but did you really reach everyone? Try adjusting your appeals and make sure you follow up with all of your past donors. Thanking people on a regular basis is key to retaining a reliable network of past donors. Try thanking a past donor again, and then asking for another donation.

So you’ve got a great, personal pitch, you’re up-to-date with thanks to past donors and you’re still stalled. You may have reached out to all your corporate and personal connections, but did you use lay leaders enough? Could you use them as a resource to find new donors? Maybe you could work with them to set up a challenge/matching grant campaign. Don’t forget the network that you didn’t bring with you but that your organization has forged as a whole. Be creative, be dynamic and be inspiring – get people to want the cause to succeed. You’ll find that lay leaders are already quite committed to causes, and what they need may only be a nudge. Be that spark.

On your desk is the third donation request this week. You’re starting to lose count of how many causes people want you to contribute to. Whether you’re an individual donor, a foundation or a charitable trust, being a donor means having to choose which of the countless causes to give to. There are so many institutions out there fundraising at the same time. Sometimes the overwhelming number of requests means that no one gets the support. Other times nothing jumps out at you and you don’t feel like contributing to any of the organizations that reached out to you. You can’t pick because you’re uninspired or unsure.

Reassessing your goals as a donor is just as important to organizations that ask for support as it is to you. Take a moment to look at why they’re asking you. They may be seeing interest spelled out on your foundation’s website that may be misleading. Or you may have contributed personally to an organization dealing with education in the past and now a different education-based program is contacting you for support. If you’ve shown interest in something before, what’s changed for you that you don’t feel drawn to it now? Are you being contacted again by an organization you’ve donated to before? Perhaps you’re unwilling to contribute again because you don’t feel valued by them – they didn’t thank you enough, or you were never sure what your contribution did for them, or they never let you know if the project was a success. If your priority is to give to a specific type of cause that gives you recognition for your support and a clear demonstration of how you’ve helped, then go with the request that meets your needs. This may be a new, unheard of organization, or a tried-and-true group you’ve been loyal to for years. Whatever the cause, make sure your goals as a donor are clear.

When you’re sure of what you want but still are unsure, look for the request that seems the best investment. Contributions to causes aren’t just about throwing cash at a problem. You’re investing in the organization hoping that the return will be a successful mission with an outcome that fits with your hopes. If you’re not getting requests that interest you, maybe it’s time for you to reach out to them! Find the organization that had potential a few years ago but you said “come back another time”. Check out their progress, see if they changed their message and mission, and maybe they’ll have evolved into the agent of change you wanted them to be.

Has your campaigned stalled? Write us and schedule a time to come in for a free assessment to see if we can help you.

Get the latest updates delivered!